Painted Black formed in mid 2001, in Tortosendo (Covilhã, Portugal), from the determination of Daniel (Vocals) and Luís (Guitar), with the same purpose of driving out the inmost feelings through music.

The musical genre can be described as a balanced mix of melodic, heartfelt music with some branches of metal. In late 2005, their first self-financed demo/EP, "The Neverlight", is released, with the gathering of new members to the elder crew: Miguel (Guitar) and Rui (Drums).

The debut demo/EP gave the band the first recognition in the portuguese underground scene, and also very positive reviews from metal webzines and publications, including abroad in "Metal Legacy" greek webzine and on "Doom-Metal.com".

In the summer of 2006, Bruno Aleixo (Piano & Synths) joined the band. That same year they recorded their second self financed demo/EP, "Verbo", mastered by Luís Barros (Tarantula) at Rec'n'Roll studios. Mark Kelson from the Australian dark melodic metal band, "The Eternal", appears as special guest in the track "NightShift".

In January 2007, "Verbo" was released, acclaimed with rave reviews from metal and dark culture magazines, to national and international known webzines, like Chronicles of Chaos (UK), OverHook Music (FIN), "PowerMetal.com" (GER) and once again in the main web-source about the Doom Metal scene, "Doom-Metal.com". The band also achieved more radio air-play in national rock shows, and as a result of this continuous recognition, the band manages to perform as support band for Portuguese Doom legends, "Desire" and the Australian band "The Eternal".

In August of 2007, the band moves to the city area of Lisbon, driven by professional and personal reasons. By that time António Durães (Bass Guitar), a well known musician in the underground metal scene in Portugal, joined the band.

The album was released May 2010 in Portugal by the Portuguese Indie Label Ethereal Sound Works. 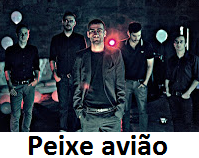 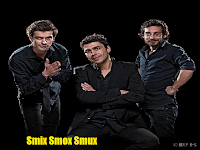